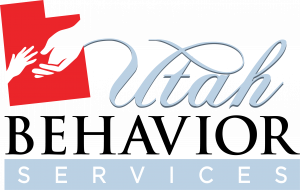 Do you ever wonder what the secret to success is? What do other individuals have that you don’t? Is there really such a thing as the chosen few?

Instantaneously, when people think of creating and integrating significant changes in their lives, the first thing that one could think of is how distant those dreams are and how treacherous the path can be. Looking at challenges and demands at a pessimistic point-of-view can significantly influence the way people mold their future. As what psychologist Emma Seppälä, PhD, pointed out, “If you want to be happier and more successful in life, it’s important to fight the brain’s natural tendency to focus on the negative. Instead, try looking at the world through a positive, self-compassionate mindset.”

The Path Of The Bold

When life swoops in and gets in the way of your goals, it’s easier to think that it’s already too late. But it’s not. It’s never too late to achieve something in your life that you have dreamed of since you were a kid.

Instead of just being satisfied with how things are and just powering through life doing the same old routine, you can still positively alter how things are into how things can be. The secret is…there is no secret; it’s just in the way people handle what’s right in front of them and making the most out of it. Success starts in the littlest of things that one can barely notice due to heaps of responsibilities and pressures in one’s life.

Practices Of A Champion

There various ways to continue with your life, making it meaningful while achieving your goals. If your current situation is not working out for you, there are ways that you can do to start reinventing and emulating the life led by those who have trod the path to success. What could these practices be?

To be one’s friend and foe is the most significant challenge that one can face. For people who are successful, they have already mastered the art of knowing who they are, what their weaknesses and strengths are, and how to use everything they know and don’t know to their advantage.

It’s like what they say, “Eyes on the prize.” Though options and choices are somewhat necessary just in case plan A or plan B doesn’t work out, they will only confuse you and divert your mind from your original endeavor. Dabbling was never a thing for success. Instead, these successful people create their systems and strategies and are only fixated on what’s beneficial for their goals. Furthermore, these individuals have their mind ascertained on their vision, and through it, understanding their roles and responsibilities.

Aside from efficiently regulating their time, energy, and money, tycoons and prominent individuals are also adept at managing their psychological and emotional state. Sometimes, no matter how precarious a situation might be, successful people handle their fears and apprehensions by going beyond the comforts of their own identities.

They show up and get the work done with little to no distractions. These people are aware that for one to achieve pleasing results, work has to be accomplished in the shortest possible time. Recognizing that no matter how small people’s actions are, if they believe in what they do, the results will be rewarding. People who are on top are those who have placed their bets on a long-term game that many others have decided to throw away. Harvard psychologist Amy Cuddy says “too many people focus on the moonshot goal instead of the steps needed to get there.”

Relationships, whether at home or work, are vital to every person’s goals. The people who molded them from the very beginning – parents, mentors, friends, bosses, team members, and partners – are the ones who have significantly contributed to their successes and downfalls. People who come and go are instruments for growth and progress.

While it’s easy to lose sight of one’s goals, it is essential to keep in mind that bumps along the way are part of the deal; without these hindrances or challenges, the success wouldn’t be as meaningful as intended to be. According to psychologist Angela Duckworth, “The ability to recover after failure is one of the most common traits of successful people.” Therefore, staying positive and not losing grip are one of the best advice I can give you. Stay on track and don’t let anything stop you from achieving your goals.